Every now and again it's nice to write about my experiences and teaching tips. This is what you will find on this page. Happy reading! :)

After teaching English to Dutch people for more than 25 years, I have established a system which I believe has helped many students to understand the chaos of the tenses.

First of all, every language has its own way of using the tenses. In every language you need to know how to say things about doing things in the present tense, what you did in the past tense and how to express ideas about the future.

So, what are the tenses? These are the forms of the verb which change according to whether you speak about the present, past or future.

Okay, we all agree. Let’s take Dutch for example. In Dutch the focus, when expressing yourself in the present, past and future, is on the words around the verb forms.

For example, in Dutch you have the following sentences (tenses) but they all use the same verb form. The tense is expressed in the words around the verb.

Notice that in all the sentences, the verb remains the same. The words around the verbs express whether it is present past or future.

Therefore, Dutch people don’t listen to the verb forms BUT the words around it.

In English however, people listen to the verb forms to understand the message of the sentence.

If the tense is wrong, the message gets confused and misunderstood.

After teaching English to Dutch people for more than 25 years, I have established a system which I believe has helped many students to understand the chaos of the tenses.…

Have you ever listened to the music of English? It’s fun to tune in on it! If you listen to the following sentence in Dutch: Als ik Nederlands praat, praat…

Could you put that on paper, please?

This may be something someone might ask you to do …. But where do you start? Using the following checklist is easy! What is the subject? Subject When do you…

Which prepositions? It’s always difficult in another language – prepositions! The best way to think about prepositions is to split them into Time and Place prepositions. Today we will look… 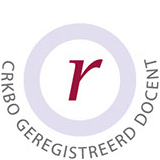